Neuroplasticity is the process whereby the brain changes its neural pathways and synapses over time. 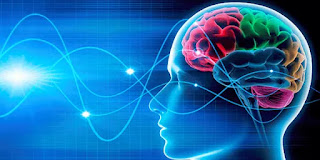 Surprisingly the brain doesn't stop changing when we are young but continues to adapt itself into old age. It is true that the brain grows fastest when we are young - but it's ability to transform itself continues all through our lives. Basically the brain is not set in stone. Just like the hard drive of a computer  - it fills up or empties depending upon what is saved or deleted. The brain works out what is most relevent and can delete irrelevant pathways/information. The brain can respond to injury and illness by creating new pathways and learning new tricks.

Neuroplasticity is particularly important for depression sufferers because it means that the negative effects of depression on the brain can be reversed. In some ways the brain is just like a stomach in that it digests/absorbs what it experiences: thoughts, happenings and attitudes. If you feed it negative thoughts then it will become negative. If you feed it postive thoughts then it can become postive. (So maybe good old-fashioned positive thinking may work after all.) The brain can also respond positively to exercise.

One classic study looked at the brains of London taxi drivers who were doing the 'knowledge'. The study concluded that the hippocampus increased in size while they studied and was largest in those who had been driving for the longest. So, using our brains is crucial. Use it or lose it.

The bottom line about neuroplasticity is that we aren't necesarily stuck with our old broken mind but can build a new one. So that brain-fogged, forgetful, indecisive old organ between our ears can be retuned and rewired to turn it into a cognitive powerhouse. All we have to do is feed it the right food.
Posted by Seawolf at 11:12