Depression has been around for a long time - possibly since the first cave man became disenchanted with the hunt and retired to the back of his cave. Yet, despite all the advances of modern medicine it is still with us today. Not only is it still with us today but it is on the increase. The World Health Organisation estimate that there are now a staggering 364 million sufferers world wide. 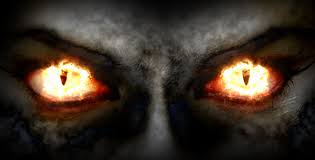 Its success as an illness (and it has been hugely succesful) is partly down to the fact that it is both mysterious and often invisible. These qualities have helped it to spread with impunity. Depression is a stealthy opponent. It has the ability to single out those who are susceptible to its propaganda. It has many tricks up its sleeve. It is malign and artful. In it's extreme form - it is also a killer. (More deadly than both cancer and heart disease to men under 50.) If we take the personification further - we could even say that it has a malevolent intelligence. Not only does it know how to survive - but it knows how to thrive.

But whatever shape it adopts - and that can be anything from a mild inconvenience to catatonia - it has always benefited from silence and isolation. The less we know about it - the better it likes it. It doesn't like being talked about and it certainly doesn't like having books written about it.

That is essentially why I decided to write this book. I wanted to expose depression for the trickster that I think it is. Don't get me wrong - I'm not saying that depression isn't real - far from it. When you are in its grip it seems the most hideously real thing imaginable. But - depression does play tricks on the mind and on the body and it makes us believe things which are patently untrue. It is also susceptible to treatment and can be beaten. It has both weaknesses and flaws.

Ever since I was a child, I have suffered from mild-moderate depression - but in 2015 major depressive disorder caught up with me and I experienced a nervous breakdown followed by clinical depression. Since then I have literally been fighting for my life. But ever since that day in 2015 - I have also been trying to identify my enemy. I've tried to understand it and to get inside it - to work out what makes it tick. In fact, I started the first draft of this book when I was in hospital. At the time, I could barely hold a pen and my head was exploding with the perfect storm. I've been trying to write it ever since but with limited success. But then it dawned on me that the best way to undermine a stealthy opponent like depression would be to divulge its secrets. So that, then, is what this book is about. The information in it has been hard-won; I hope that it will be helpful to others.