Had we but world enough and time

One of the very worst things about clinical depression is the fact that, when it strikes, you literally have no idea how long it will last. 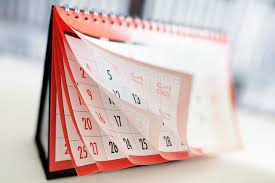 It might stick around for a few days or a few weeks or a few months. However, major depressive disorder can last for years.

This is what makes the pain of depression so hard to bear and explains why depression is such a killer. If you knew that you just had to endure a few weeks or a few months then the whole thing might be doable - but you don't. As you struggle to get through the next ten minutes - with your head literally on fire - you are continually faced with the prospect that this torment could be unending. In fact, the ultimate nightmare of clinical depression is that it could last until you die.

However, in most cases depression does run its course and I think that is a message that needs to be trumpeted. But when you are in the middle of it, you have no way of knowing this - especially if you have no knowledge of the illness. All you can see is what lies directly in front of you: the ultimate death sentence or, rather, life sentence.

Obviously depression is not a competitive sport - so I try not to compare myself to others or indeed minimise the suffering that they have been through. However, in most depression memoirs that I read - the illness only lasts for a year or so; two years max. Mine has now been running since 2015. In fact I spent my 53rd birthday on the ward at Hellesdon Hospital. Next month I will be 58. However, in the last week or so I have been seeing some signs that there could, after five years of intense suffering, be a change happening.
Posted by Seawolf at 10:51