Some research (conducted by the University of Science and Technology in Wuhan, China) has suggested that anti-inflammatory drugs like aspirin or ibuprofen can be effective against major depression. There is evidence that inflammation is more common in people with depression and that inflammation may cause a reduction in serotonin, dopamine and norepinephrine levels. As I am not currently on any other medication, I thought I would trial this and see. 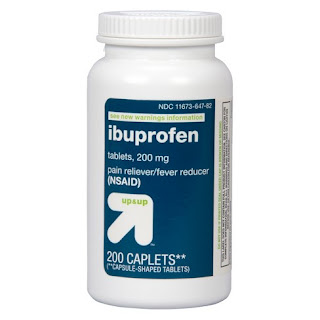 When I first became ill I also developed rheumatism in both my hands almost overnight. Rheumatism is caused by inflammation. Dizziness can also be the result of an inflammation of the inner ear.

I will monitor any progress and report back.  I am one of the 30% of people who do not respond to antidepressants. Wouldn't it be amazing if something as simple and as cheap as ibuprofen could make a difference?

Email ThisBlogThis!Share to TwitterShare to FacebookShare to Pinterest
Labels: Inflammation